Carl Gustav Carus(1) introduced the first scientific handtype system of classification in a 1846 publication. Carus' systems is founded on the 'functional appearance' of the hand in relationship with the temperament. The system classifies 4 handtypes, some details are metioned in table I-1.

In the 20th century Carus' handtype system was integrated in the work of the Polish psychologist Dr. Charlotte Wolff (2).

Table A-1: the four handtypes defined by the Carus system of classification.

Galton's publictions on these matters can be regarded as the first milestone in the modern science of genetics.(4). The next milestone was the discoveries made by the Down family. Father Down described the major characteristics of Down's syndrome in 1866, and his son R.L. Down discovered in 1906 the relationship between the simian crease and Down's syndrome.(5) 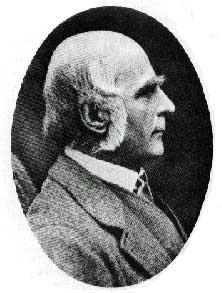