What is a PSYCHOSIS?

A 'psychosis' or a 'psychotic' state of mind is: a sever psychological state of mind where the subject is not able discriminate the outside (objective) reality from the inside (subjective) reality1. Possible aspects of psychotic behavior are: delussions, hallucinations and thinking disorders. Genes may play a part in the onset of this kind of behavior. Table C-1 (see page 14) describes the various psychoses which are described in the DSM-IV system of classification.

The relationship between hand features and psychoses (other than schizophrenia) has been studied in a relative small number of studies. Nevertheless, these studies have produced results which appear to be related to schizophrenia.

LEVEL 1: the dermatoglyphics and psychotic behavior.

The study of Hilbun2 describes a high frequency of a palmar loop between the middle finger and the ring finger. The axial triradius was more frequently observed in the lower parts of the palm, however the AtD-angle showed frequently a value above 56 degrees, see: table C-7 and figure C-8. 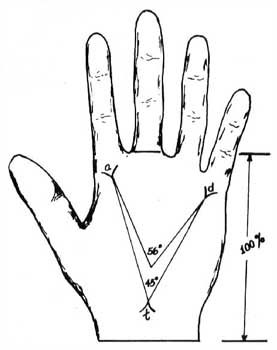 Figure C-8: The AtD-angle = angle between the a- and d-triradius on the basis of the axial-triradius (t).